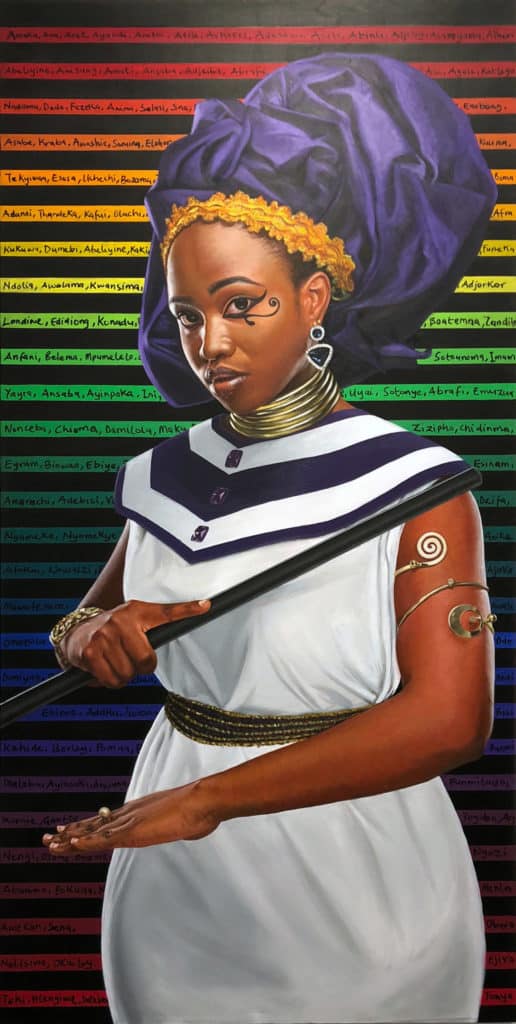 Jeremiah Quarshie’s paintings explore the boundaries between physical and digital production; considering the construction of imagery, his work investigates the nature of art itself. Through detailed portraiture, emphasising the connectedness between people otherwise divided by social, economic or geographical conditions, Quarshie reveals an acute social awareness. Using people who he has strong personal relationships with […] 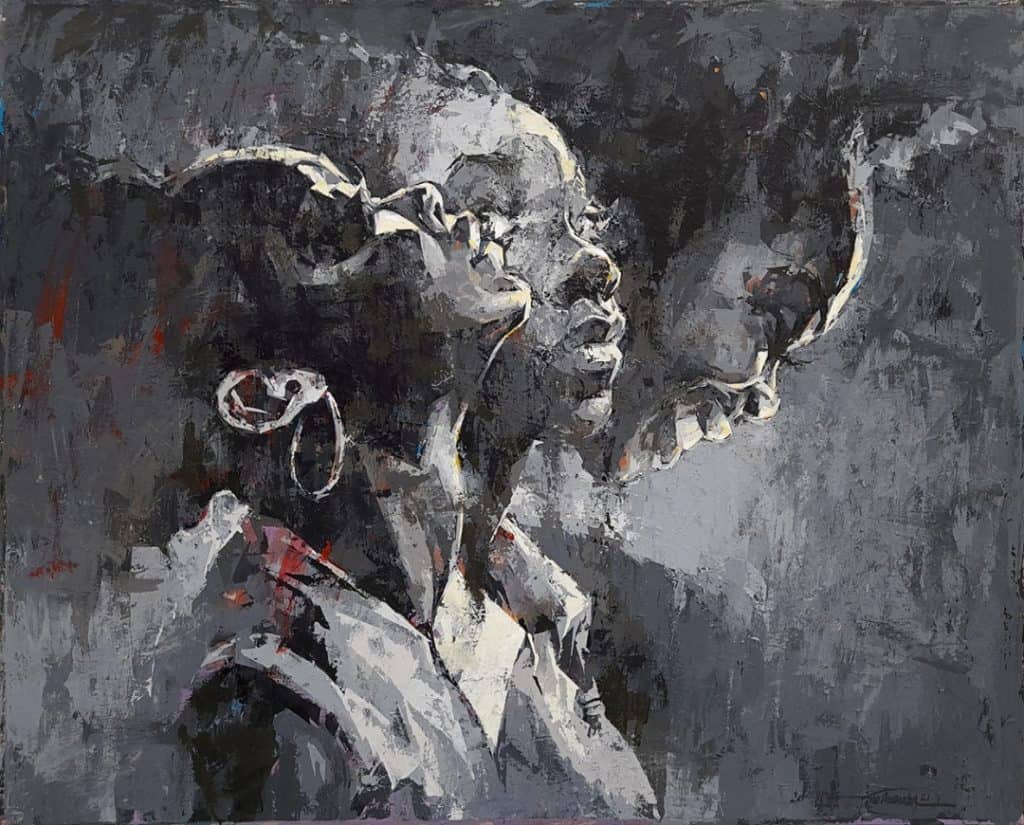 Born 1976, Brussels, Belgium. Ibe Ananaba is a mul-disciplinary visual storyteller who is always in search of discoveries while expanding creave boundaries. Listed in Smithsonian Instuon Libraries Collecon, he is a 1st Class (Disncon) Fine and Applied Art (Painng major) graduate of the Instute of Management and Technology, Enugu, Nigeria. He is also an internaonal […] 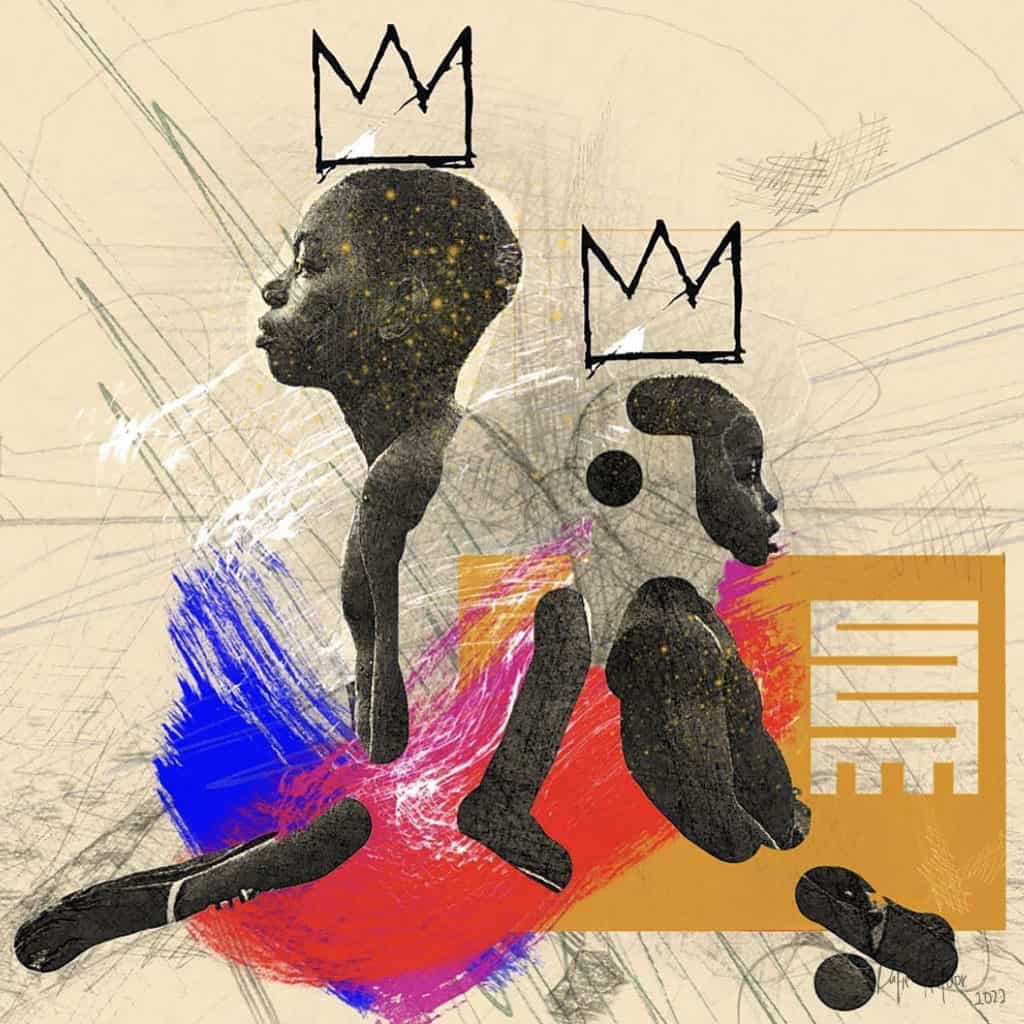 Dufie Kufuor was born and raised in Ghana. She moved to the United States to pursue a law degree and rediscovered her love for art in 2015. She is currently based in New York city, where explores various art media and gender identy. Brushstrokes are so integral to a painng; they tell a story and […] 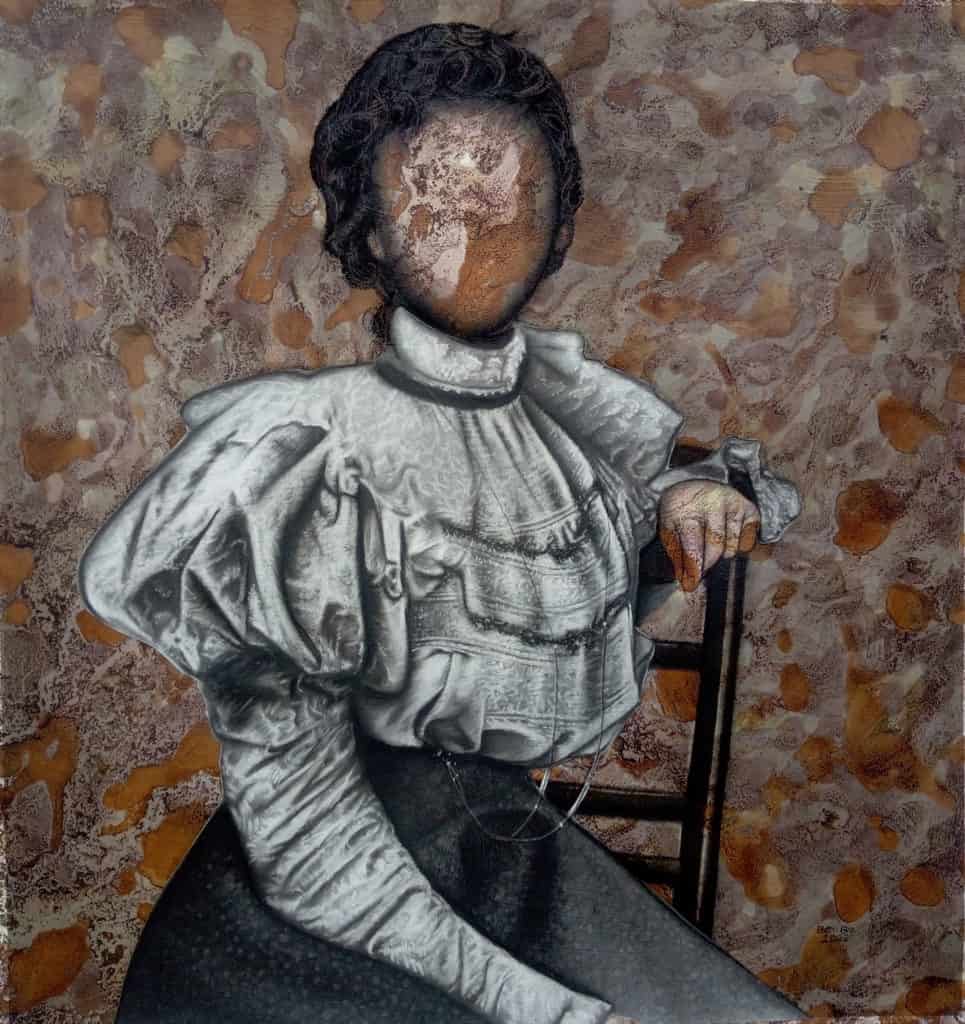 Benjamin Bio holds a Bachelor’s degree in Fine Arts from the Kwame Nkrumah University of Science and Technology. Benjamin sees space as an image that shape individuals identy and it’s with this idea he gets inspiraon for his works. Bio’s pracce largely results from experimentaon with pigments extracted from collected organic materials from different environment […] 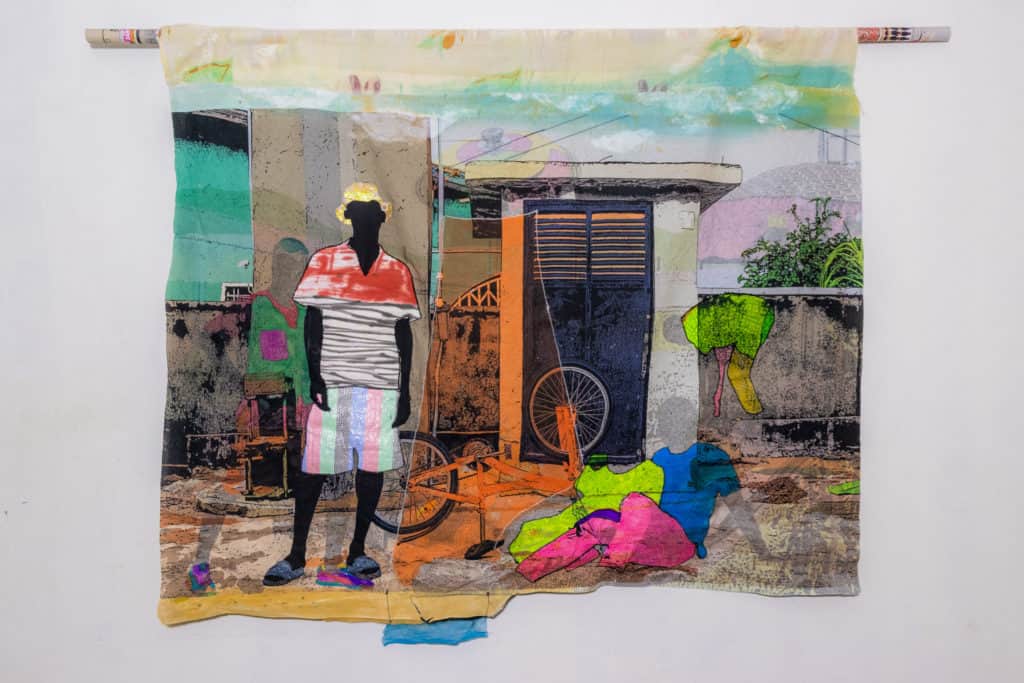 Ernest Kankam, born in 1995, currently pursuing his Masters in Fine Arts at the Kwame Nkrumah University of Science and Technology. He had His first solo show aer his first degree in the K.N.U.S.T College of Arts, Kumasi and his second solo show in April 2022. His artworks ranges from Video, photography, digital painng, collage […] 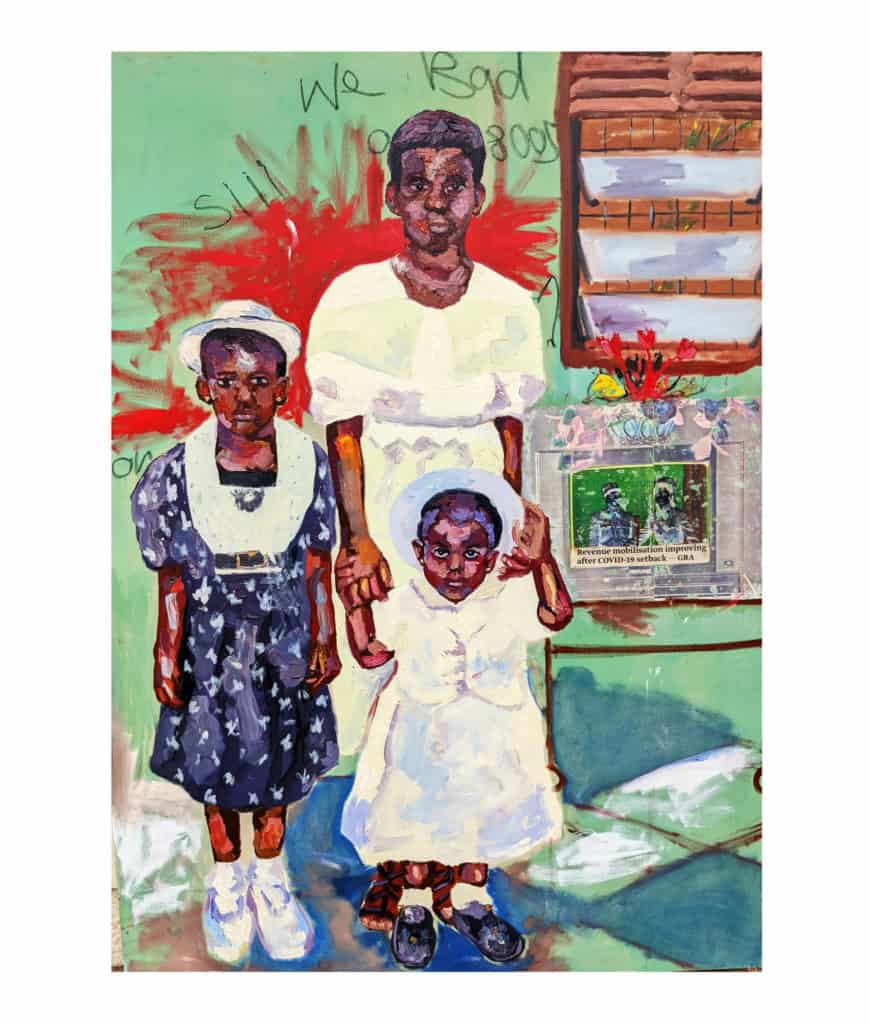 Emmanuel Aboagye is an arst who lives and works in Ghana. Aboagye shows interest in the language of popular culture and how it is experienced with respect to me and space. Growing up in the “Zongo” areas (name for slum areas), Aboagye got his eyes fed with different imageries, from text, scribbles on walls, posters, […] 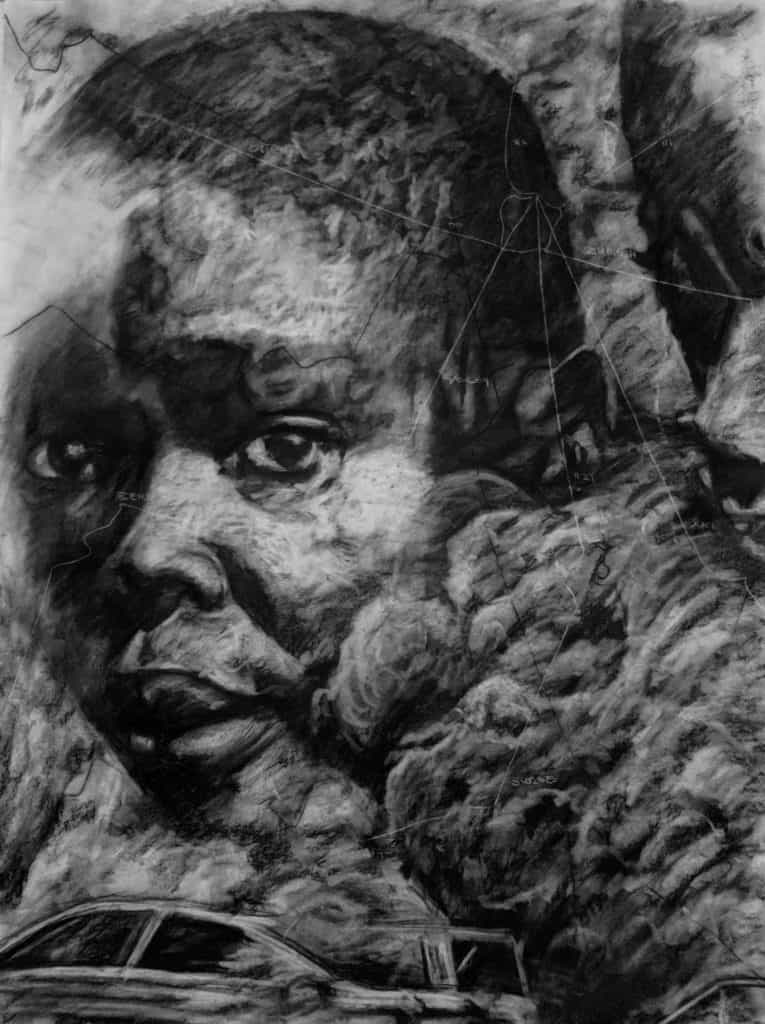 Yussif was born in Accra-Ghana on 15th July 1997. Growing up as a Muslim in Nima, He had always loved the idea of image-making and visual narraves. The language of images spoke to him more dialeccally than words. His interest in making drawings as a form of art developed during his years in High school. […]

This website uses cookies to improve your experience while you navigate through the website. Out of these, the cookies that are categorized as necessary are stored on your browser as they are essential for the working of basic functionalities of the website. We also use third-party cookies that help us analyze and understand how you use this website. These cookies will be stored in your browser only with your consent. You also have the option to opt-out of these cookies. But opting out of some of these cookies may affect your browsing experience.
Necessary Always Enabled
Necessary cookies are absolutely essential for the website to function properly. These cookies ensure basic functionalities and security features of the website, anonymously.
Functional
Functional cookies help to perform certain functionalities like sharing the content of the website on social media platforms, collect feedbacks, and other third-party features.
Performance
Performance cookies are used to understand and analyze the key performance indexes of the website which helps in delivering a better user experience for the visitors.
Analytics
Analytical cookies are used to understand how visitors interact with the website. These cookies help provide information on metrics the number of visitors, bounce rate, traffic source, etc.
Advertisement
Advertisement cookies are used to provide visitors with relevant ads and marketing campaigns. These cookies track visitors across websites and collect information to provide customized ads.
Others
Other uncategorized cookies are those that are being analyzed and have not been classified into a category as yet.
SAVE & ACCEPT